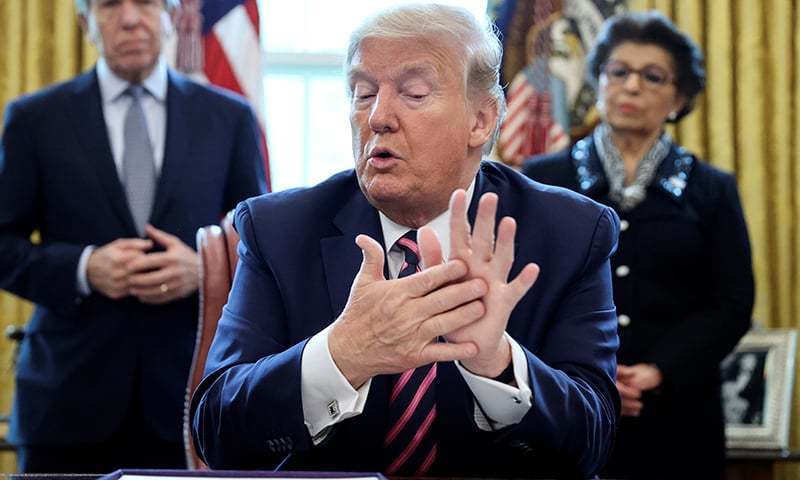 United States President Donald Trump was repeatedly warned about the dangers of the novel coronavirus in intelligence briefings in January and February, The Washington Post reported late Monday.

The warnings — more than a dozen included in classified briefings known as the President’s Daily Brief — came during a time the president was mostly downplaying the threat of a Covid-19 pandemic.

The Post, citing unnamed current and former US officials, said the warnings were contained in the daily classified summary of the most important global issues and security threats.

For weeks, the Daily Briefs traced the spread of the virus, said that China was suppressing information about the virus’s lethality and ease of transmission, and mentioned the frightful political and economic consequences, the Post said.

The president, who officials told the Post often does not read the briefings and bristles at having to listen to oral summaries, failed to mobilise for a major pandemic.

Trump did restrict travel between the US and China in late January, but he spent most of the following month downplaying the threat.

He did not declare a national emergency over the coronavirus pandemic until March 13, as the stock market plummeted and virus cases were on the rise in New York.

As of late Monday, the US recorded an overall coronavirus death toll of 56,144, with 988,197 confirmed infections, according to a tally by Johns Hopkins University.