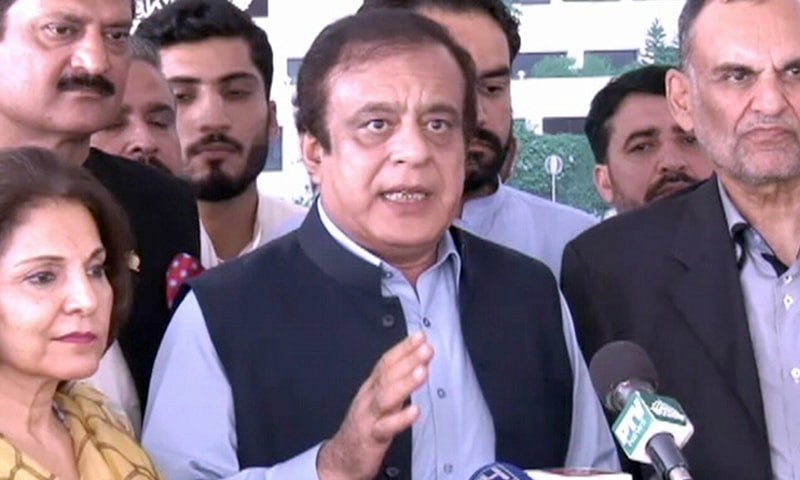 A notification announcing the changes is expected to be issued by the government; however, the announcement was first made by Chaudhry, the minister for science and technology who earlier held the information portfolio.

Pakistan Tehreek-i-Insaf leader Faraz — who was appointed as the leader of the house in Senate in August 2018 — was elected to the upper house in March 2015 from Khyber Pakhtunkhwa. He is the son of acclaimed (late) poet Ahmed Faraz.

Retired Lt Gen Bajwa had served as Commander Southern Command before his retirement. He remained the director general of the Inter-Services Public Relations (ISPR) from 2012 to 2016.

In November last year, Bajwa was appointed by the government as the chairman of the China-Pakistan Economic Corridor Authority (CPECA), which comes under the planning and development ministry.

Who is Firdous Ashiq Awan?

Firdous Ashiq Awan was a PPP stalwart before she joined the PTI in May 2017.

Awan, along with her husband, was a staunch supporter of the PPP until party co-chairman Asif Ali Zardari consolidated his control over the party.

She began her political career in 1990 with a focus on improving the healthcare system, and founded the Society for Health and Development and Exchange.

In 2002, she was elected to NA-286 on a reserved seat for women. In 2008, she successfully contested the NA-111 poll and was appointed the federal minister for population welfare. She later served as the information minister in the PPP government.

In 2013, she again contested the NA-111 poll but this time was unsuccessful. In 2015, she resigned as the PPP Punjab vice president before joining the PTI two years later.