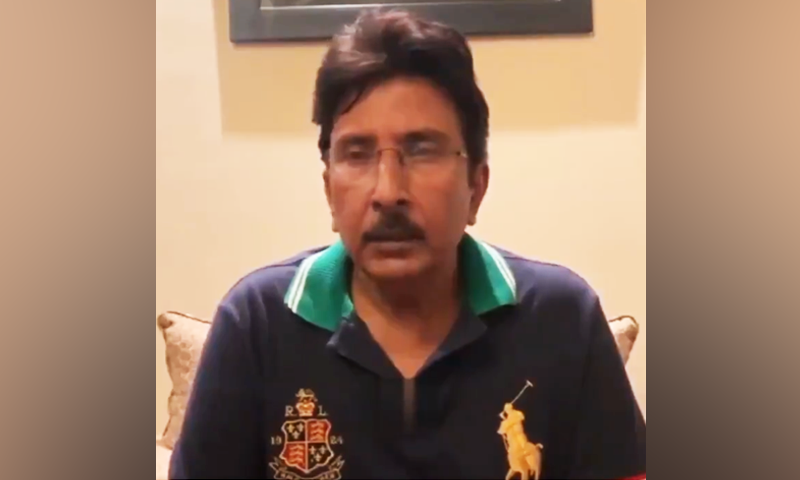 LAHORE: Currently facing an inquiry, former Pakistan skipper Salim Malik on Friday came out all guns blazing saying he will face the new probe initiated by the Pakistan Cricket Board against him, and strongly criticised the appointment of Nadeem Khan as PCB director high performance.

Salim appealed to Prime Minister Imran Khan to take action over the said appointment in which he claimed merit was totally ignored.

Talking to Dawn, Salim said he had received a questionnaire from the PCB. “I will give a perfect reply to all the questions,” stated the former right-handed batsman who was banned for life over his involvement in match-fixing in 2000.

The PCB claims that the International Cricket Council (ICC) had a transcript of Salim Malik’s meetings in the UK back in 2000, when he was banned by retired Justice Malik Qayyum in a match-fixing probe the same year.

However, the case surfaced again in 2011, three years after Salim succeeded in winning a case against his life ban in a lower court in 2008.

“This new inquiry which the PCB claims it received from the ICC in 2011 is a totally false claim,” the 57-year-old Salim insisted.

“In the past when I was banned, I was told by the PCB about this new case and I have been requesting the PCB officials namely Haroon Rasheed, Intikhab Alam and others to give me any ICC document about that case, but none of them gave me even a single paper,” he maintained.

“Now they [PCB] have sent me a questionnaire comprising 50 questions but [with] no ICC document attached. The media should ask the PCB to show them ICC’s transcript against me,” he said.

Salim has been given 15 days to respond to the questionnaire. “In fact, when one has been punished in any case then the ICC has no further concern in that case. When I was banned by Justice Qayyum, for what [purpose] the ICC is showing interest in my case. It is wrong that the ICC has any concern in my case,” he remarked. “Though I had been fighting my case in the lower court till 2008 against the ban and the PCB has the same transcript which it talked about with me in 2000. But it did not contest it in the lower court. If they did not contest [it] deliberately, it is also a criminal act.”

Salim said he had gone through the questionnaire sent to him by the PCB. “But those queries are irrelevant,” he reckoned and claimed that a strong group within the PCB had been working against him.

Meanwhile, Salim said it was shameful that Nadeem Khan, who failed in NCA coaching course, has been appointed as PCB director high performance.

“I appeal to [Prime Minister] Imran Khan, who has been a staunch campaigner of merit and transparency, to take notice of this appointment,” Salim said.

The former Pakistan captain said the PCB always considers such cricketers for high posts who have played one or two international matches because “the PCB knows that it would be hard for them to handle star cricketers”. “Where are Younis Khan, Pakistan’s top run-getter in Tests, and stylish batsman Mohammad Yousuf? Younis also won the 2009 T20 World Cup as captain. Similarly, where is Javed Miandad, the top legendary batsman produced by this country?” he asked.

“I have been raising this point that there is no need to play 100 Test matches for Pakistan, just one or two are enough because the PCB likes low-profile cricketers who can work like puppets. But a star cricketer cannot dance to their tune,” Salim, who played 103 Tests and 283 ODIs from 1982 to 2000, said sarcastically.

When highlighted that the PCB says Nadeem’s assignment is not coaching related but largely concerns strategies and administrative affairs, as he has worked as administrator of the UBL Sports Complex, Salim retorted: “If Nadeem has run any company as CEO, does deserve such a big post? There have been a good number of cricketers, who have served Pakistan cricket but such persons are not required by the PCB, while in other countries they [boards] love them.

“Imran Khan as captain fought many times with the PCB on selection affairs to uphold merit. However, unfortunately it is no longer the case in the incumbent PCB where a strong lobby is busy in bringing in its like-minded cricketers, ignoring merit in the process.”