In a first, PIA to operate direct flights to US – Pakistan 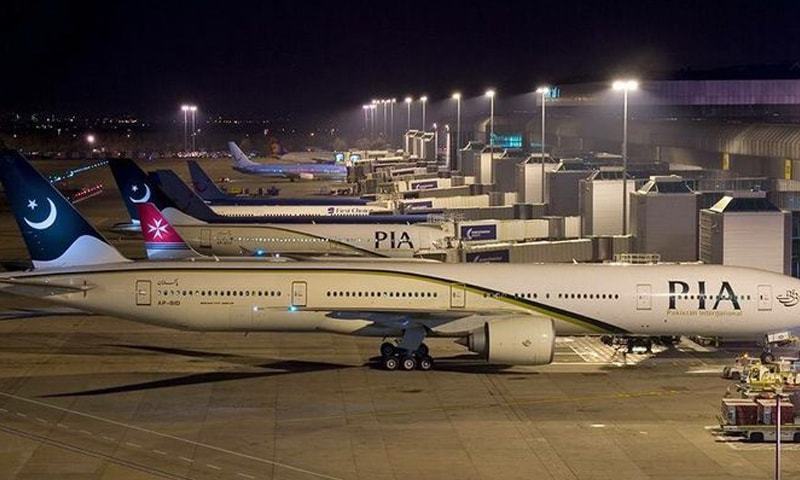 The United States Department of Transportation has granted permission to Pakistan International Airlines (PIA) to conduct direct flights to the US, the airline’s spokesman Abdullah Hafeez confirmed on Thursday.

This is the first time Pakistan’s national flag carrier will be operating direct flights to the US. Hafeez said before the 9/11 attacks, PIA planes did not have the capacity to fly directly to the US, which is why they had to make a stop somewhere.

However, after the attacks, US authorities had refused permission for direct flights because of security reasons up until now, the spokesman told Dawn.com.

According to a letter by the US Department of Transportation, dated April 29, PIA will be allowed to operate twelve round-trip or one-way passenger or cargo flights. The permission will expire on April 29, 2021.

PIA will be bound to inform the transportation department, in writing, of the route it took for any passenger or cargo chartered flights no less than five business days after the operation.

For any passenger flight, which is headed to the US from a destination outside Pakistan, PIA will have to inform, in writing, the transportation department of the route it is taking three business days before the operation. If the airline chooses to operate or change the route of a flight less than three business days before its planned departure, it can request the department to waive off the requirement “upon a showing of good cause”.

In case a PIA flight is headed to the US from an airport outside Pakistan, it must obtain a security clearance from the Transportation Security Administration. Furthermore, the aircraft flying to the US must have the authorisation document issued by the transportation department.

Apart from the above conditions, PIA must also comply with the rules and regulations set by other concerned US departments, including the Federal Aviation Administration, as well as the International Civil Aviation Organisation’s standards.

The airline must also comply with all “US government requirements concerning security”.

The aircraft allowed to enter the US are:

Owing to security concerns, the US had not allowed any direct flight that originated from a Pakistani airport into its airspace. In October 2017, the PIA discontinued its flights to the US because of rising operational cost and in a bid to cut losses it had been facing.

However, PIA officials have been trying to obtain clearance from the US and negotiations have been underway for the past two years. In March this year, a US Transportation Security Administration had arrived in Pakistan to conduct a final security inspection.

Jammu and Kashmir: Security agencies bring in new SOP to deal with terrorism amid Covid-19 outbreak

Jammu and Kashmir: Security agencies bring in new SOP to deal with terrorism amid Covid-19 outbreak

In the midst of Covid-19 pandemic, the security grid has brought in new Standard Operating Procedure (SOP) to deal with…