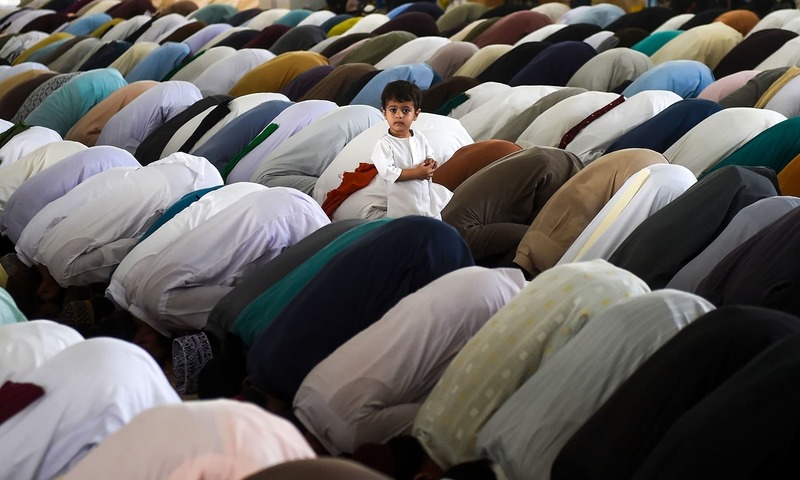 ISLAMABAD: Tomorrow (Friday) is expected to be a battle of nerves between organs of the state and clerics, after Minister for Religious Affairs Pir Noorul Haq Qadri called Mufti Taqi Usmani on Wednesday and asked him not to flout the advisory for coronavirus precautions regarding gatherings in mosques.

Sources in the ministry said Mr Qadri conveyed a similar message to Ruet-i-Hilal Committee Chairman Mufti Muneebur Rehman. He has also invited them both to a consultative meeting on April 18.

Speaking to the press, Mr Usmani claimed that Mr Qadri had assured him the government was considering suggestions put forward by clerics.

Mr Rehman, Mr Usmani and a large number of clerics from the Barelvi, Deobandi and Ahle Hadith schools of thought have threatened to ignore government directives regarding measures to prevent the spread of the coronavirus if the authorities do not relax their approach towards clerics and prayer leaders.

However, clerics and scholars from the Shia community have not expressed any such intentions, and nearly all of their mosques in the twin cities and other parts of the country are locked with no more than five people praying inside.

Minister for Science and Technology Fawad Chaudhry reacted sharply against Mr Rehman. He said on Twitter: “Attention has been drawn towards the Ministry of Religious Affairs – if the head of one of their committees is behaving like this, what can we expect from the rest?”

Hafiz Mohammad Tahir Ashrafi, the chairman of the Pakistan Ulema Council, said that clerics are opposed to locking mosques but are ready to abide by government directives restricting the number of people in prayer congregations.

“But if Mufti Muneeb has announced to flout the restrictions, then the government should [hold him accountable] – his designation is equivalent to a federal minister, he is part of the government,” Mr Ashrafi said.

He added: “Ulema do not want any clash with the authorities, but ulema should not be held accountable if a large number of people enter mosques for prayers, this is the responsibility of the state and it should be done by government functionaries.”

The Jamiat Ulema-i-Islam-Fazl (JUI-F) has openly supported the decisions of a meeting of ulema held in Karachi and claimed that the restrictions on mosques was a conspiracy against Muslims.

JUI-F spokesperson Hafiz Hussain Ahmed also claimed that the restrictions are only on mosques and not in markets or on official programmes to distribute grants.

He said that according to the decisions made by Mr Rehman and Mr Usmani, clerics should not be held accountable for the number of people coming to mosques. He said the decisions were made after consultations with clerics from all schools of thought.

DOJ Watchdog To Inspect Prisons After Hundreds Of Inmates Sickened With...

California To Give Cash Payments To Immigrants Impacted By Coronavirus

SACRAMENTO, Calif. (AP) — California will be the first state to give cash to immigrants living in the country illegally…

‘Ease in lockdown’ sets in confusion in Punjab - Pakistan

LAHORE: Taking the announcement of relaxing the lockdown and removal of restrictions on certain industries and professions as a free-for-all…